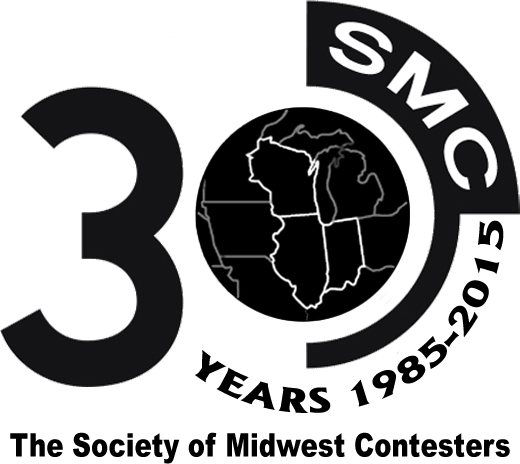 The Society of Midwest Contesters formed early in 1985 with the goal of uniting Midwest contesters into a competitive group and to further the idea of radiosporting in the Midwest.

From 51 charter members in the summer of 1985, we've steadily grown to a membership of over 200 contesters, mainly in Illinois, Indiana, Iowa, Missouri, and Wisconsin, with the club center near Bloomington, IL. We launched our first major club effort in the 1985 November Sweepstakes, winning the Unlimited class. We repeated in the 1986 SS, and were on our way. We have claimed one or more club victories in ARRL contests every year since 1999, including a 3-peat as SS Unlimited champs in 2000, 2001, and 2002.

Members of the society can be found contesting every weekend throughout the contest season, with many members traveling to foreign countries for contesting, and many have activated rare entities on the DXCC list. SMC welcomes radio amateurs of all ages and levels of experience with an interest in radiosport.

Having celebrated our 30th anniversary in 2015, we remember SMC's roots, while we anxiously look forward to SMC's future.