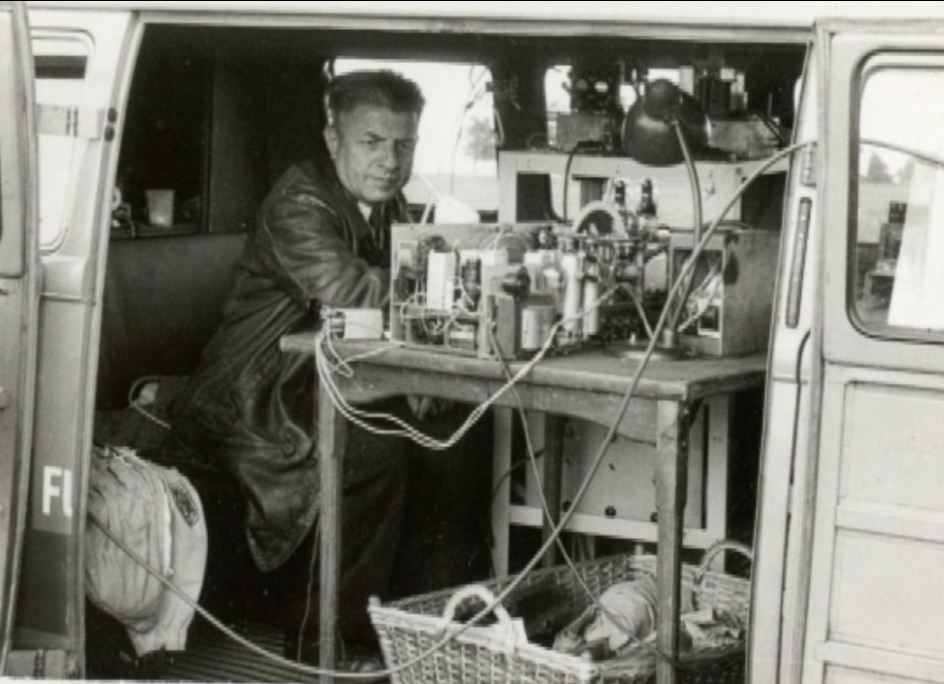 The Bad Neustadt/Saale (B10) chapter sponsors this tent in memory of Richard Marschall, DL1XY (SK), who led the local club as president for almost 20 years. Richard was active under the call sign DL1XY since 1948, and was known around the world.

Richard was a teacher and educator with a high professional ethos. He helped thousands of young people gain comprehensive professional knowledge. Through his willingness to help, sense of duty, and cheerful personality, Richard was always a role model for his students; the perfect "Elmer".

He was a pioneer in the German Ham Radio community and was home-brewing his own UKW-transmitter, receiver and antennas since 1920.

In 1949 he founded the Bad Neustadt chapter "B10" of the Deutschen Amateur Radio Club.

In 1968 Richard was awarded the DARC's golden medal of honor for his service to Amateur Radio. Richard devoted himself especially to the training of amateur radio new-comers, whereby his vast professional knowledge and excellent pedagogical abilities were ideally complemented.