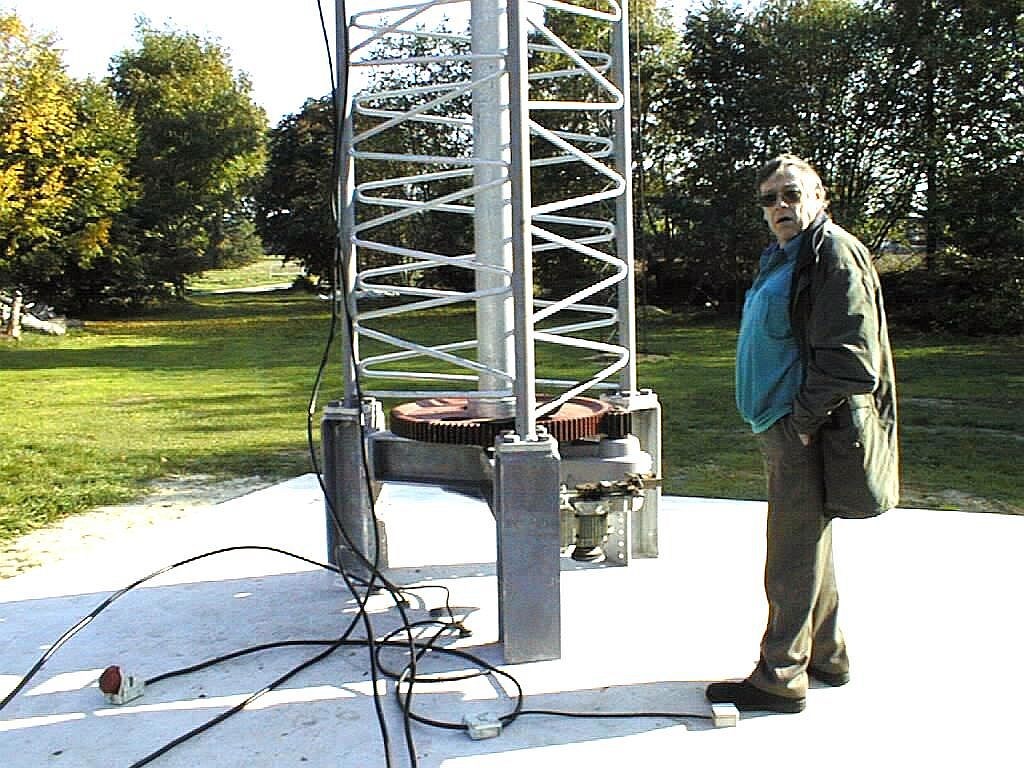 
Heinrich Lumpe, DJ6JC, was the owner of a factory (WiBi) that produced rugged self- supporting steel lattice towers.

He had been active from several African countries and Pacific islands.

His challenge were large antennas. In 1992 the full-size 3-element 80m cubical quad (including 5 elements for 40m) was ready to be moved on top of the tower. (And I didn't have to pay the full price for the antenna.) The antenna was used in many contests and is still up, a memorial of DJ6JC.

Heinrich Lumpe unfortunately died before he could install his full-size 80m-beam on the roof of his factory.

The following episode should let you know something about his character. In October 1993 when I came home from my qrl, 12 hours before the contest started, my new FT 1000 had been stolen. I phoned Heinrich and told him "Sorry, no contest activity is possible." Twenty minutes later he called back and said, "Klaus, come to me to Hannover, a new FT 1000 is waiting for you in about two hours."

I think you can imagine now how much DJ6JC is missed.